The Spirit of Ecstasy

The lady behind the myth 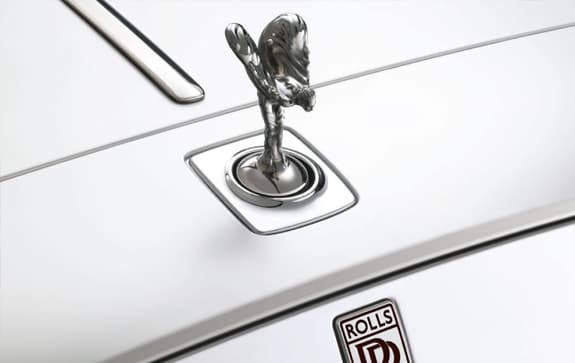 This is the story of the Spirit of Ecstasy, the iconic mascot that has gracefully adorned the bonnet of every Rolls-Royce motor car since 6 February 1911. It's a tale of mystery, glamour and a forbidden love affair that started at the dawn of the motoring era and ended in tragedy for more than one of those involved. Today, it leaves us with a legend and an enduring icon, which continues to define the pinnacle of automotive design and engineering over a century later.

The legend does not begin, as you might expect, when Charles Rolls and Henry Royce first met on 4 May 1904 at the Midland Hotel in Manchester. Rather, it began a few years later with a fad at the time for motorists to attach gaudy mascots to the bonnets of their motor cars. It was a craze that left the Rolls-Royce Board suitably unimpressed, especially when these mascots were attached to their motor cars. A solution had to be found. Claude Johnson was given the challenge of finding a mascot that was more befitting for a Rolls-Royce motor car.

Johnson turned to his good friend, the artist and sculptor Charles Robinson Sykes and commissioned him to create a mascot that 'conveyed the spirit of Rolls-Royce, namely, speed with silence, absence of vibration, the mysterious harnessing of great energy and a beautiful living organism of superb grace...' Charles Sykes memorably described his creation in this way, 'A graceful little goddess, the Spirit of Ecstasy, who has selected road travel as her supreme delight and alighted on the prow of a Rolls-Royce motor car to revel in the freshness of the air and the musical sound of her fluttering draperies. She is expressing her keen enjoyment, with arms outstretched and her sight fixed on the distance.' 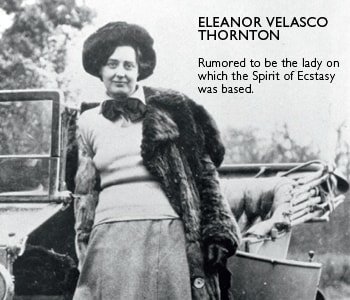 From the outset, the Spirit of Ecstasy was shrouded in rumour, mystery and intrigue. Nobody knows for certain who provided Sykes with the original inspiration for the figurine. And it is here that we meet the most important character in the story; and who many consider to be the most likely contender: Miss Eleanor Velasco Thornton, who was born in Stockwell, London in 1880 to a Spanish mother and an Australian father.

Eleanor was a regular model for Sykes and provided the inspiration for the main character in his illustrated cartoon series, Alice in Motorland, which parodied Alice in Wonderland and appeared in The Car Illustrated. She had also previously posed for Sykes for another mascot: The Whisper. This was commissioned as a one-off by John Scott Montagu to adorn his Rolls-Royce Silver Ghost and featured a young woman with her forefinger pressed to her lips. Many believed this gesture alluded to the secret love affair between Eleanor and Montagu.

It was while working as Claude Johnson's Private Secretary at the Automobile Club that Eleanor first caught the eye of Lord Montagu. So much so, that she went on to become his private secretary at The Car Illustrated, the weekly magazine he founded and edited, and ultimately his mistress.

By all accounts Eleanor was regarded as 'the brains' behind the business while she worked with Lord Montagu. Yet judging by this description of her by Sykes' daughter Josephine, she was also a very liberated and inspirational woman: 'She hated clothes, she needed to live with people who were free in their ideas. She loved life. She was an amazing woman. She definitely had quite an influence on my father's work.' 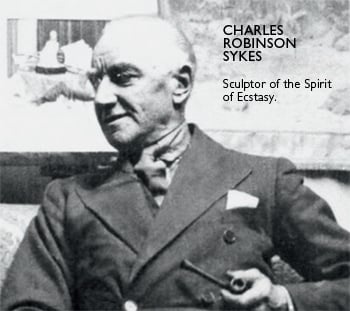 The story of the illicit Edwardian love affair between Lord Montagu and Eleanor was ultimately to end in tragedy. While accompanying him on a voyage to India in 1915, their ship, the SS Persia was torpedoed in the Mediterranean Sea and sank. Eleanor lost her life, and her body was never found. Lord Montagu was also presumed drowned, and his obituary was prematurely published in The Times. However, he was rescued after spending 36 hours clinging to a lifeboat. How he survived and Eleanor perished was not down to fate; instead to the Gieve waistcoat he was wearing at the time, which included an inflatable life preserver that could be worn as a regular waistcoat when aboard ship.

But was Miss Thornton the original inspiration for the Spirit of Ecstasy? Ultimately no one will ever know. Charles Sykes never spoke publicly about the matter, and his daughter when asked many years later, is reported to have replied, 'It is an interesting story and if it makes you happy, let the myth prevail.'